Sometimes nostalgia hits you and you suddenly want to watch old movies, see old photos, play old games. If this is the case, then you found the right article! Take a look at old school & the best old games below, find the favorite ones and enjoy! 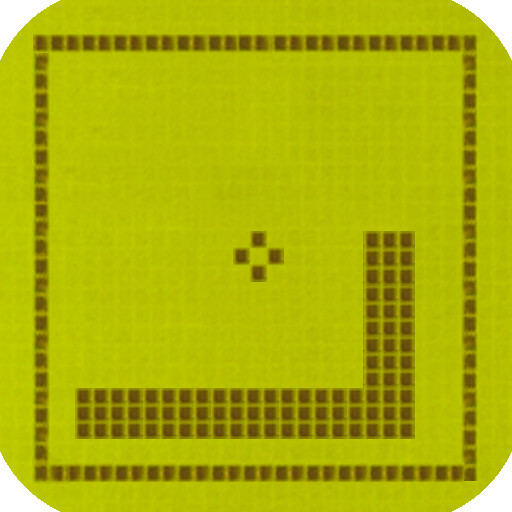 Snake is the default game application on almost all phones for a long time! Today is a real retro game because almost no one plays it. Snake 97 is an accurate remake of the original game programmed in 1997 – sounds, graphics, and even controls – in short, everything – copied from the original version.

By the way, the controls seem to be very difficult to use on a smartphone, because there are no real buttons, only a touch screen, which is why you should always look down which button to press. I don’t know, maybe you get used to it in the end. This application includes various designs, levels, special challenges.

Overall, if you want to be involved in this legendary game, there is no better way to do it like get this app! (Except using old type phones, of course) 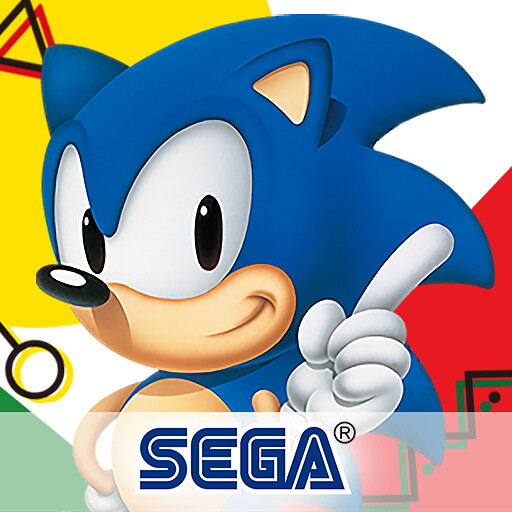 Sonic the Hedgehog is another game that is remembered by people who might not play the game anymore. This application is based on the console game of the 1990s, which gained the love of many fans around the world.

Sonic is a blue hedgehog that can develop lightning speed! You can help him defeat his enemies, collect rings and bonuses, and beat the record. This application actually copies original games – even the pictures stay the same. What are you waiting for? Try this cool retro game today! 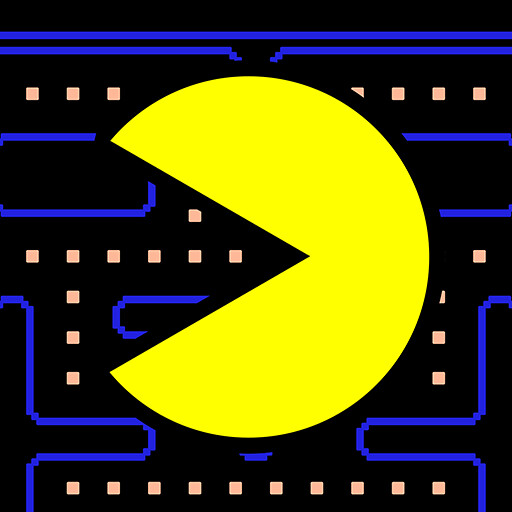 Pac Man is a legendary arcade game. This application is truly extraordinary, very interesting. What a player must do is ‘eat’ the yellow dots and avoid ghosts. Despite this simplicity, you won’t be able to put your cellphone down for at least 30 minutes! It is worth mentioning the convenience of the control – just swipe on the bottom side of the screen in a different direction. All in all, this is a stupid game, everyone should try it! 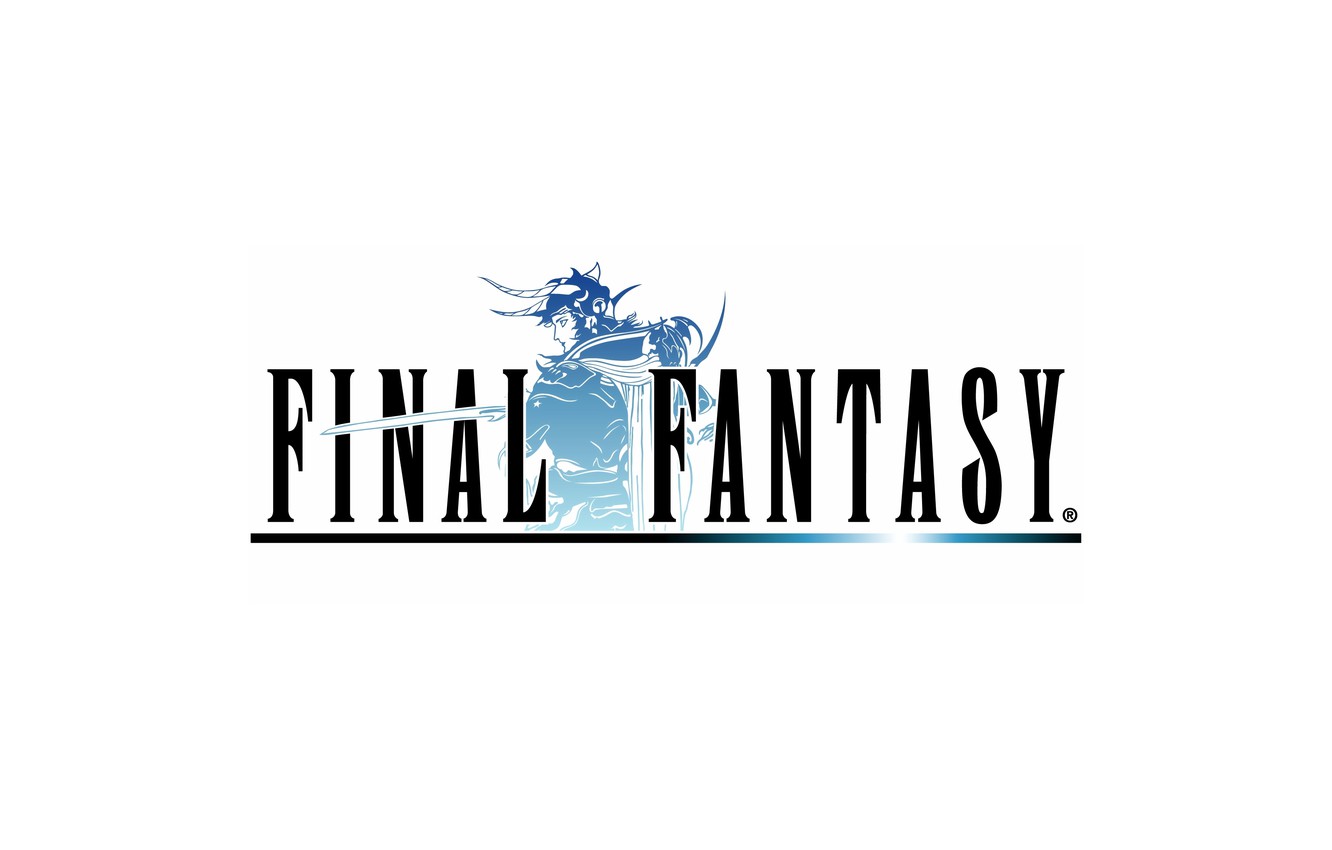 This is Final Fantasy from which it all began! This application replicates almost everything made in the past – precisely in 1987. A fantastic story that cannot leave anyone indifferent, good character, amazing battle, and so on. Besides all that, this application includes some details that make this game even more interesting. 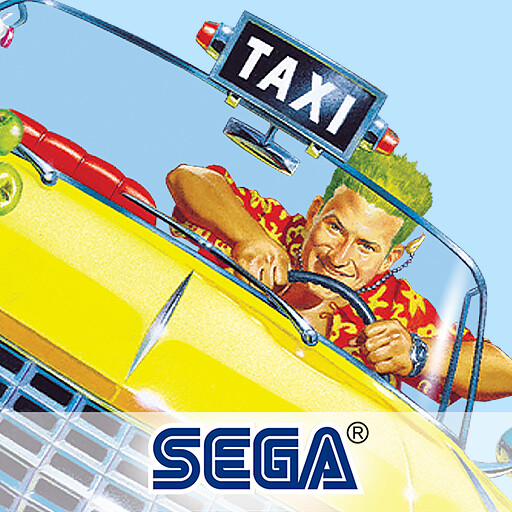 Crazy Taxi is another from SEGA. This application is really crazy – as if they have to write safe Drive safe in real life! ‘When you start, you choose one of the 4 taxis that will later become you on this crazy journey. The aim is to serve as many passengers as possible. If you fail to get someone somewhere on time, the game is over!

There are different modes, but each mode includes crazy people who jump out of your car when their driving time is over. There are several ads that are displayed before the gameplay that can be removed by buying premium. Another small drawback is the large file download size, such as more than 100MB. Apart from all this, this game is classic! I am very happy to play it and I hope you too! 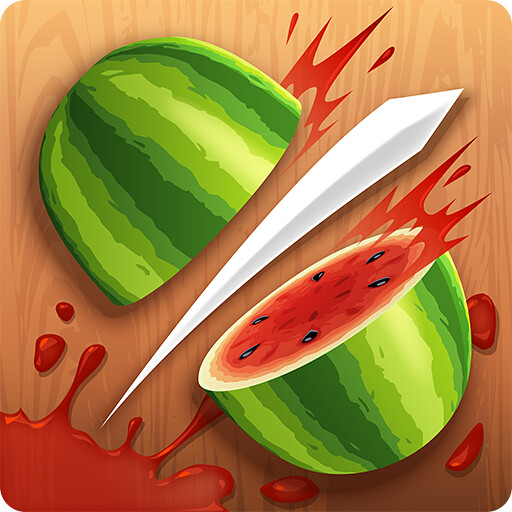 Fruit Ninja is actually not an old game application. That’s not that old! But if you think about it, this game was released in 2010 and now is 2017, so it’s been seven years. Besides, everyone must have forgotten about this game a long time ago. So let’s refresh our memories!

In Fruit Ninja, you have to slice fruit and be careful enough not to slice bombs. There are various modes, bonuses, achievements, etc. – everything to keep you entertained! This game is indeed addictive. A good arcade game to spend time together. 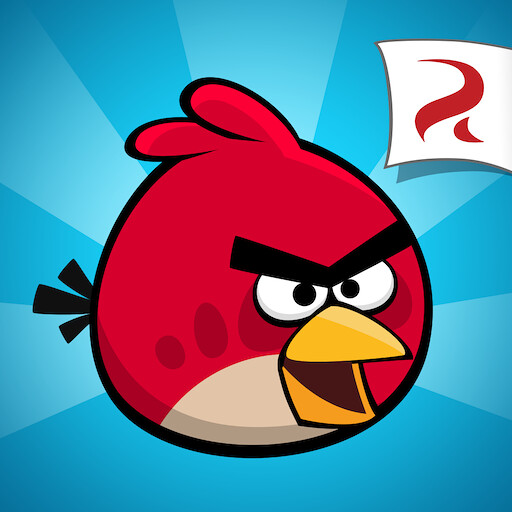 By the way, Angry Birds – a game that many people are obsessed with – has also been around for more than 7 years! The feud between the two families continues for so long! Okay, not family, just pigs and delusions, but that doesn’t invalidate the awesomeness of the game.

The rules are clear – to encourage birds that aim to destroy the pig pen. The game is very well illustrated and is based on real physics – it doesn’t consist of games! If you haven’t tried it or don’t get everyone’s excitement about this game at the time it’s popular, try it now! You certainly won’t regret it! 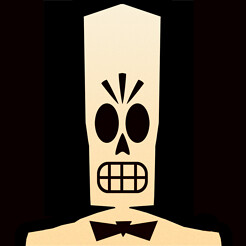 Grim Fandango is a beautiful, dark old game that has been beautifully remade and adapted for smartphones. This story is based on Mexican folklore – mostly legends about the Land of the Dead. You have the opportunity to travel 4 years to this country with Manny Calavera – a travel agent.

There are some problems in heaven that need to be solved. Are you ready to leave for a fantastic trip now to do it? Then click the download button! 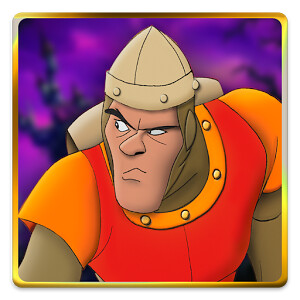 Dragon’s Lair is a beautiful arcade game, which can now be played on mobile. The story is about a knight who wants to save a princess who is captivated by a dragon. To do that, he must pass through a magician castle filled with obstacles, challenges, and monsters!

If you are familiar with this game, you will probably find the application very funny, because the creator improves some details to make it very good. Download the app today and start this dangerous and enchanting journey! 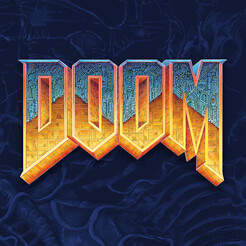 Doom Classic is a classic Doom game that is presented on iOS. Sorry, Android owners, can’t find it on Google Play – there they have a more modern version, I guess. Doom is a shooter with a very interesting plot. Hells are preparing to invade Earth and only you can stop it. Get the app and enjoy killing evil Mars to save your Planet! 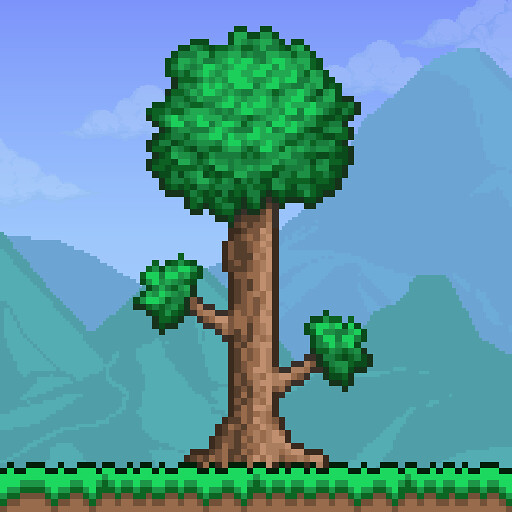 Terraria is a game similar to Minecraft that was first introduced for consoles, then for PCs, and now for smartphones. In the game, you can build many things, fight for them, explore new places on earth, under the earth and above in the sky! Download Terraria now and have fun! 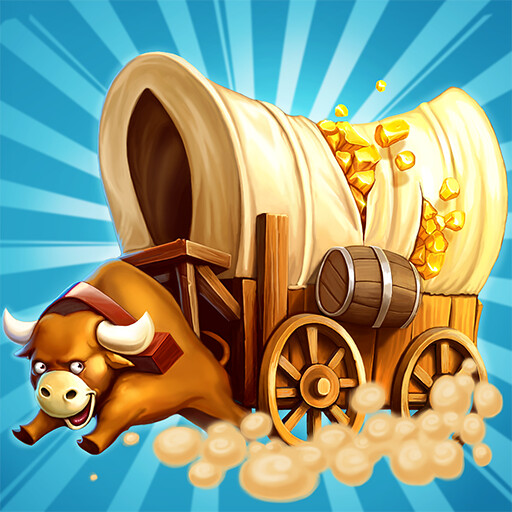 Oregon Trail is a farming game that seems pretty old. In the game, you can settle in the Wild West, plant crops there, build houses, and more! All farming games are quite addictive because you have to wait to see what you will get from something you have done. So yeah, get the Oregon Trail now and start building, growing, watering …! 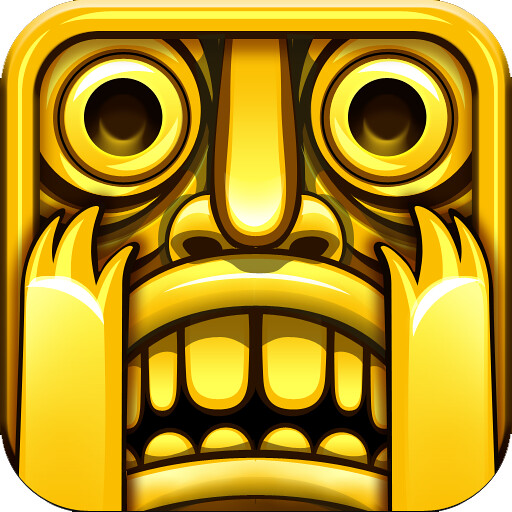 This game is still popular even today, even though it was created more than 10 years ago! In its best years, this game is one of the biggest drugs on our smart phones, which, by the way, only happened recently.

The whole idea of the game is very simple – you run from monsters and you have to jump over obstacles and generally don’t stumble in your path. The main thing is speed is getting bigger and bigger with each level and hence it is increasingly difficult to run. 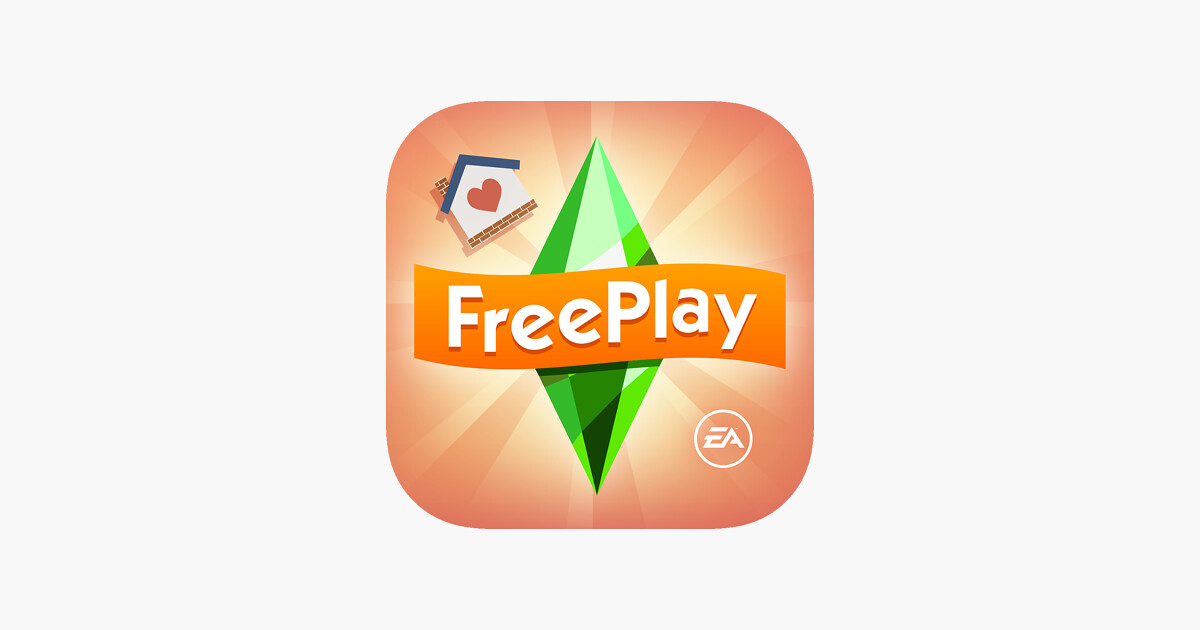 The legendary game is updated every year, but we all know that only the first version can carry all the happy memories of childhood. Are you ready to spend many more hours creating characters, building your dream home for them, living their lives, and watching them grow?

The Sims become a truly revolutionary game that gives users the freedom to create a world with their own unique requirements. Characters can get married, develop, die, multiply – and everything happens very naturally. Now the classic version of Sims is available on the App Store – get and enjoy the game! 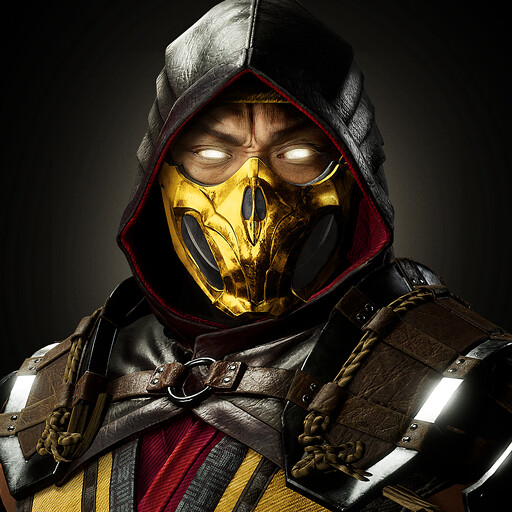 The game began long ago in the 90s when Sega had just taken place and it was a big blow. Just like Moral Kombat – is there anyone who hasn’t played it? Even if you were born in the 2010s, you will most likely be familiar with this game, because this is an endless source of quotes and memes.

The success of the game was so great that it even turned into a movie. The soundtrack here is very legendary. In the classic game, you can choose one of dozens of characters to play. Each of them has a special magic battle strength, which will give you an advantage in all fights.

You must pass a level so you can fight with the boss at the end. Or, if you are playing with someone, you can choose multiplayer mode and fight with each other – great fun! 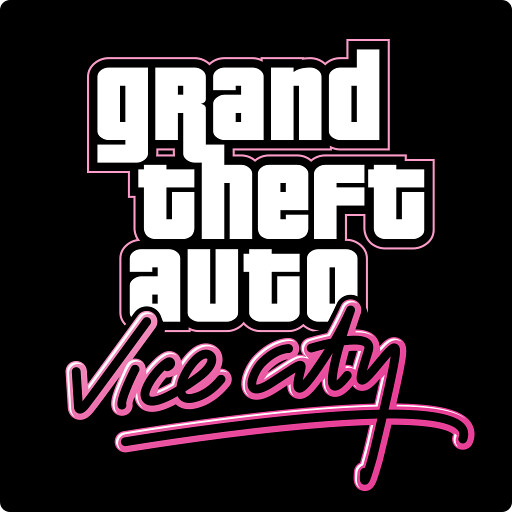 The legendary game also known as GTA II. You will play for Tommy Vercetti, a gangster hired to carry out dangerous missions. The game plot happened in the 80s so be prepared to dive into the atmosphere at that time!

In addition, many people are familiar with this game because they must have played it in their childhood. Even though the graphics are outdated, locations are executed in detail and the game is still captivating even today. Vice City was a revolutionary case for its time with careful planning and location diversity. 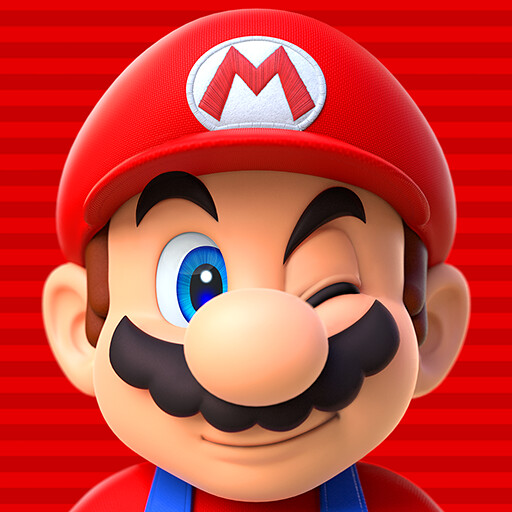 This is a super popular game that has become a meme through the Internet, and there is no chance you have never heard of it. Super Mario has many variations, and all of them are quite funny to play, but this is the version that unites all the best features of this game.

Run through levels, overcome obstacles, become cunning – and you will see how Super Mario will catch you for hours. 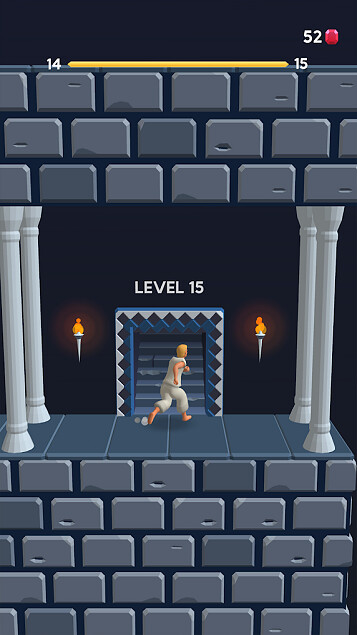 Do you like games like this where you have to run through levels through obstacles and traps in your path? At the moment it sounds very simple, but actually games like this will attract our attention for hours in the past. There is something about that routine.

Prince of Persia is a classic game from this genre that is quite well known. Run fast, jump high, and make sure to avoid spikes! A true retro game in your pocket. 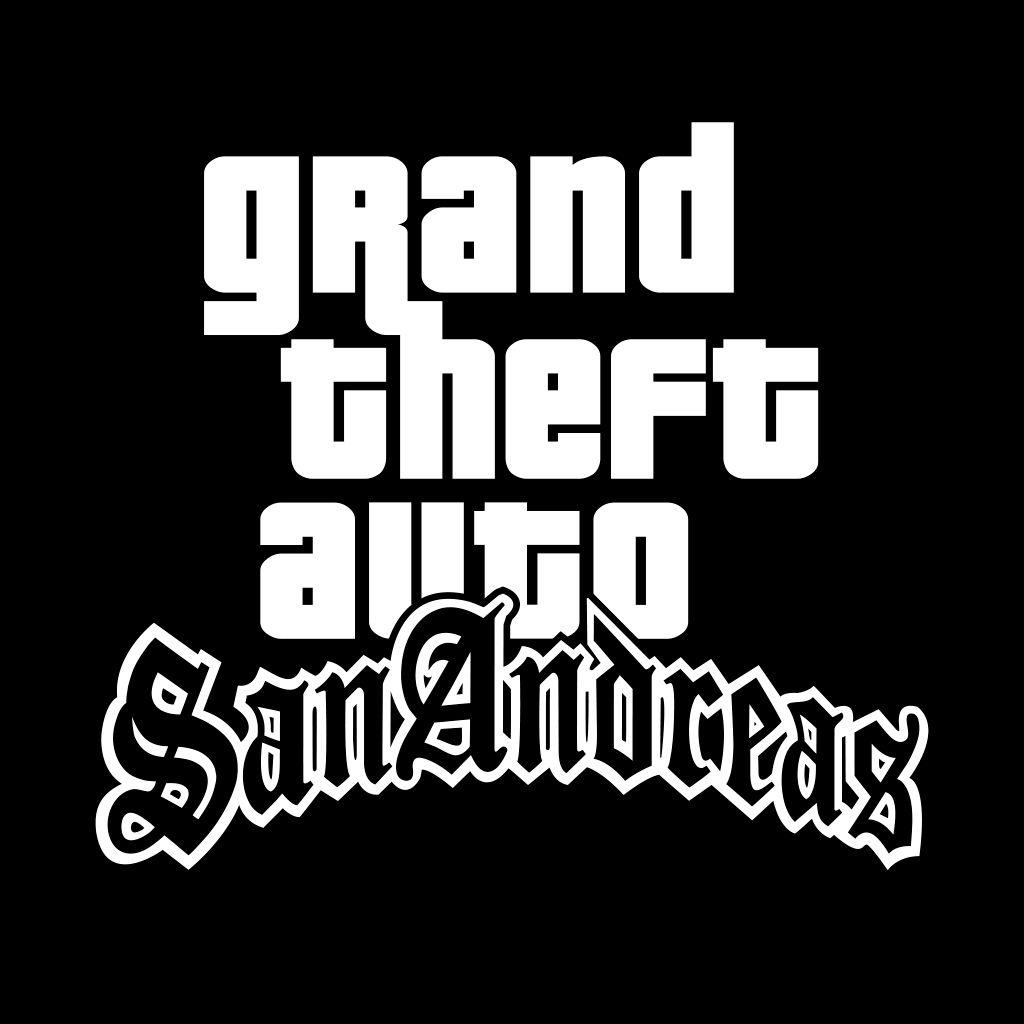 There are probably very few people on this planet who have never played this game. It was very funny in those years that it was only released to the market, where all friends would together pass the mission and try a new cheat code. The characters and episodes of GTA San Andreas have become memes on the Internet.

If your smartphone is strong enough (and maybe for this game) you will easily install it and will start running through the entire game from the start, where CJ came to his ghetto after his mother was edited. He must take revenge on other gangsters, so you have to go through many interesting missions. 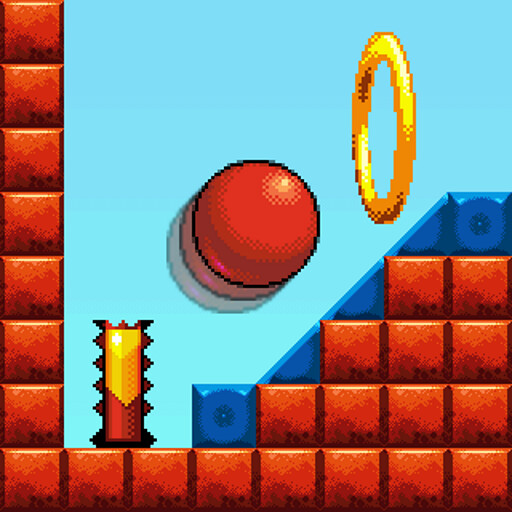 For those who want to go back to the beginning when we had a cellphone with a button with only one game – Bounce Ball. This is actually not an easy game.

If you want to try it again now that you’ve grown up, then you have the chance to do it now – 11 classic Bounce Ball levels waiting for you in this version of the classic game. 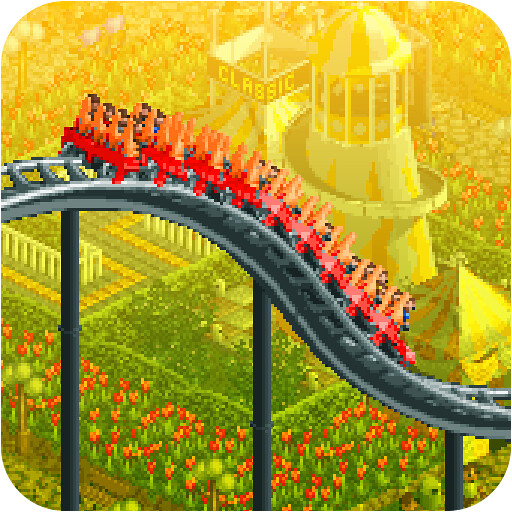 So those are 21 interesting old, old & retro games. Have you ever remembered something that hasn’t been thought for a long time? Enjoy, and, as always, be smart in choosing apps! 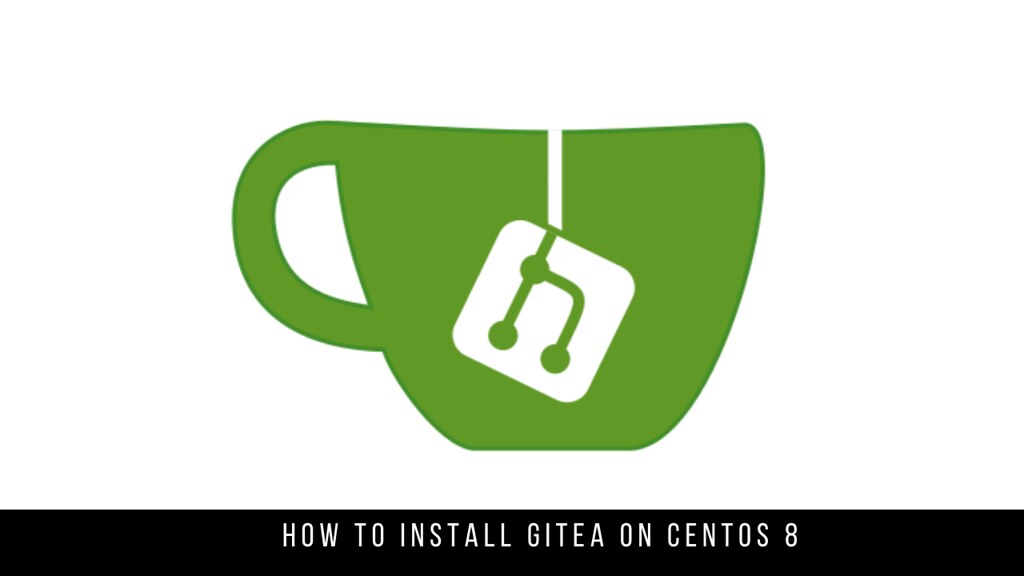 How to Install Gitea on CentOS 8 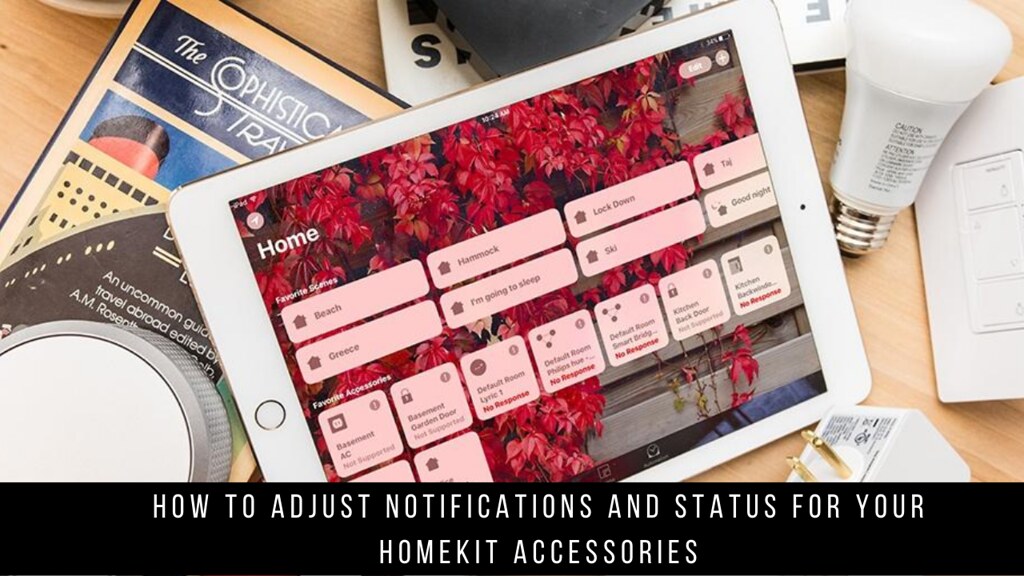 How to adjust notifications and status for your HomeKit accessories

8 Best Apps For Playing YouTube in The Background Android & iOS

How To Send Emails With Previous Date

How to change the PlayStation Network login

How to Install Nagios on Ubuntu 20.04