If you’ve heard or even played Tropico on your PC or cellphone, you know how alluring this game is. You should also know that there are tons of games for city development and city management similar to Tropico.

In such a game, you will build and develop cities step by step from small towns to big cities, keeping in mind the economic, political, and social aspects of city development. For your attention, there is a list of the 11 best games like Tropico for Android and iOS. 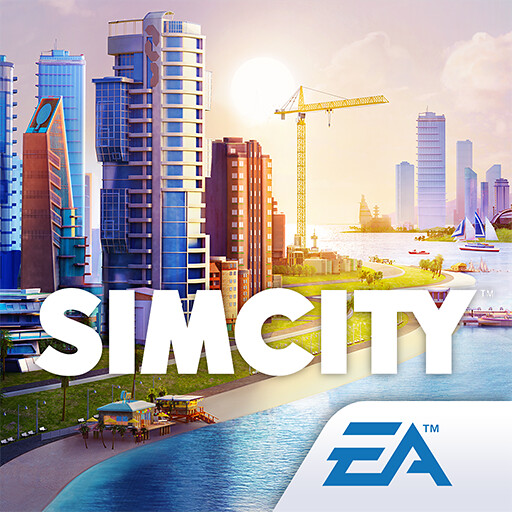 SimCity BuildIt is one of the best construction and management simulation games developed by EA games studio for all types of electronic devices including our smartphones.

This game presents a composition of complex city development tasks and the opportunity to grow strategic skills that both play the role of big cities. With its charming graphic design, this game will draw your attention and make you a true gamer.

The game has City Advisor who will guide you through the game process that gives you comprehensive job descriptions and tips. That means that you will never suffer trapped. This game will give you step-by-step instructions.

This amazing game is free to play with additional in-app purchases if you really want to improve your city to an unreachable level of development. It is available for download on Android and iOS devices. 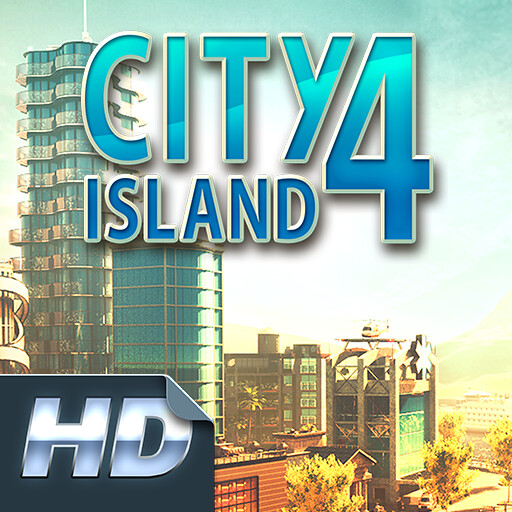 Build a prosperous city with many facilities in City Island 4. In this game, you will start to build a city from scratch on the island. You will have a little cash for the first buildings and infrastructure objects so you have to grow a dream city that attracts citizens with the convenience of life. This game is interesting with a dazzling design and detailed realistic graphics.

Complete the task of building and city objects and collect prizes to move up to the top level. The game doesn’t require an internet connection so you can enjoy playing in any place and in different situations.

You can play City Island games on your smartphone or tablet. This is supported by the Android and iOS platforms. 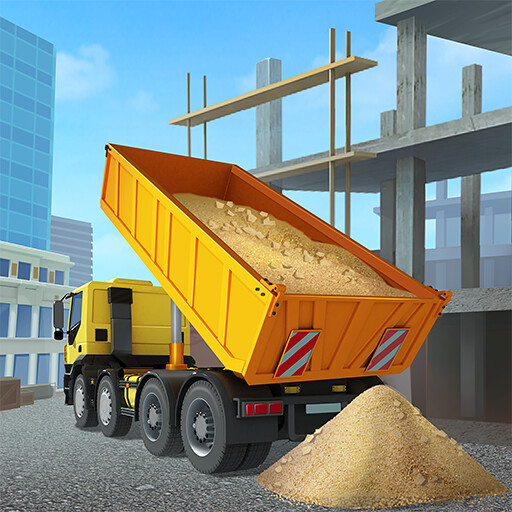 Megapolis: a city development simulator is a classic city development and management simulation game where you will play the main role of that city. Grow your city by building more houses, educational buildings, entertainment facilities, etc. A long-lasting game with hundreds of items that will open when you increase your level.

In addition to standard city buildings, you can develop the science sector, industrial complexes, military bases. Take care of the wealth and prosperity of your city building more factories. Enjoy playing this free game on your iOS or Android device. 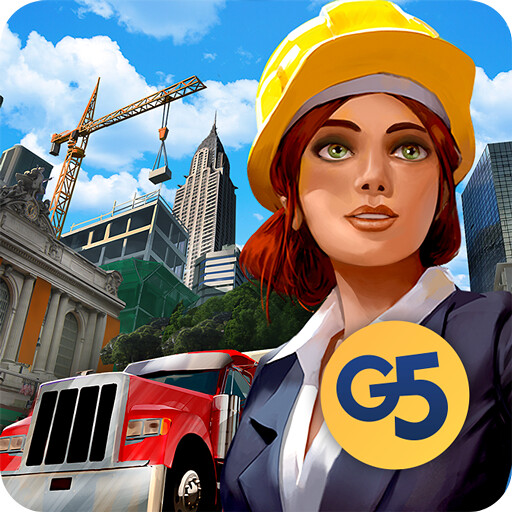 Superb detailed design, intuitive interface and endless tasks to complete make this game one of the best in this genre.

The game is free to play from any device based on Android and iOS. You will be offered in-app purchases if you want to speed up the game process and increase your level faster to unlock new buildings or other items. Give your city a name and start building from small town to big city.

Main features of the game:

This game can be a very good way to relax after a day of working or studying hard in college.

Calm background music in the game can help achieve a calm mood. 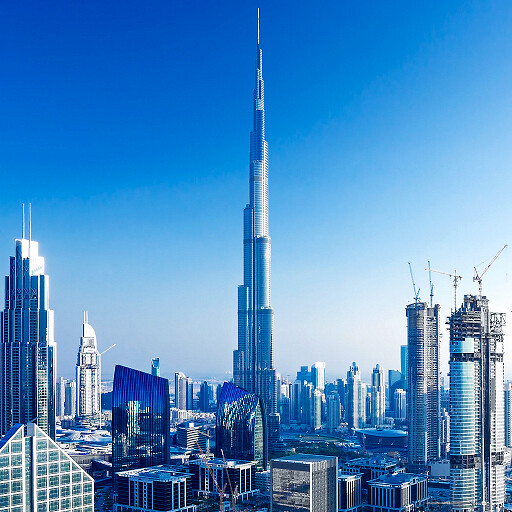 Play the role of big cities to think about prosperity and their development in the city development game Designer. This game is free for iOS and Android devices.

Building cities can be a far more difficult goal that you can think of. You have to control various aspects of city management. Build adequate housing and facilities, road and transportation systems such as airport or harbor buildings to improve sectors such as travel and cargo.

The amazing design and detailed graphics make this game fun and challenging to play.
Use your imagination and some tips in the game to build the city of your dreams. Place objects and buildings wherever you want to create a beautiful city landscape.
Have the opportunity to compete with other players from various countries, get prizes and take place in the ranking.
Cash and gold are given as prizes for completing tasks and maintaining city life. Using it you can develop cities build new types of buildings or city facilities.

You can play the role of a normal major or become a tycoon to create a high-level industrial metropolis. The developer continues to improve the game by adding new buildings and fixing some bugs. 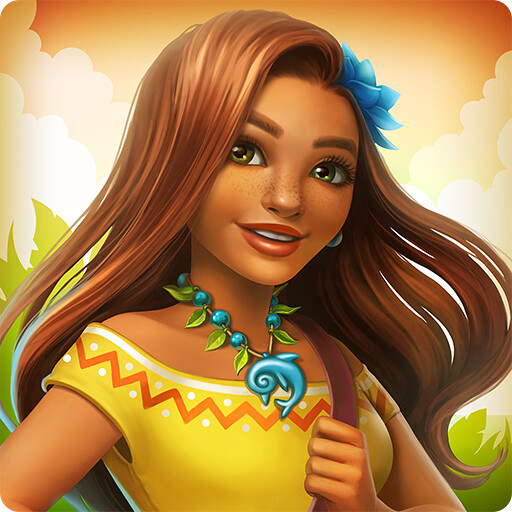 Paradise Island 2: Game Hotels is a construction and management game today where you will build a paradise resort somewhere on a tropical island. It’s a kind of business project that you will start from an empty lot. You have to think about potential tourists and what they like.

Significant features of this game:

The game is free with additional ads and in-app purchases. 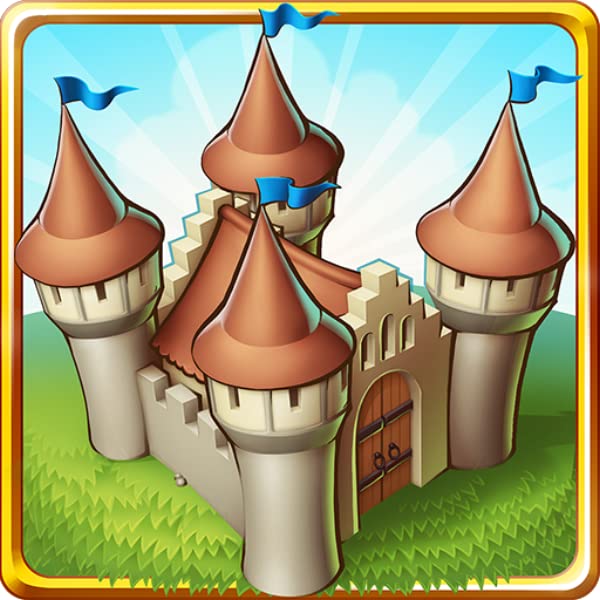 Return to medieval time and build your empire with the Townsmen mobile game. The game is free for Android and iOS devices with in-app purchases which can be very helpful if you are stuck on one level. Become a big city constructor and manager grow your small village into a big kingdom.

If you are a lover of history and love the Middle Ages, you will find this game interesting and addictive. 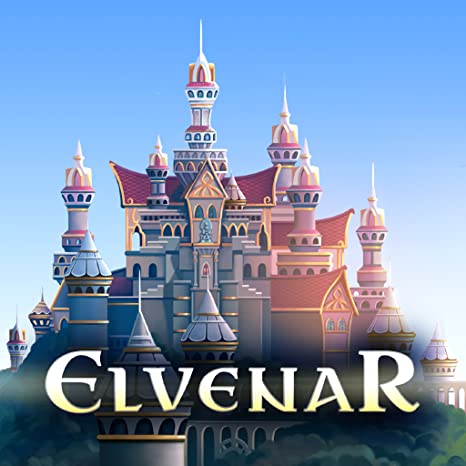 Elvenar is an amazing game in a series of city development and management games. You will not build a typical urban city landscape, but a magical realm. Become a great leader and politician in the world of magic creations.

In the game, you must choose to play for humans or for a beautiful mystical fairy. Elvenar is a mobile version of the famous PC game made for Android and iOS devices.

Main features of the game:

Elvenar is not a simple city development game. It has more royal management and you play the role of king. In addition to building cities and developing the economy of the city you must recruit soldiers and fight against invaders, protecting the residents of your city. The game is free to download on iOS and Android devices. 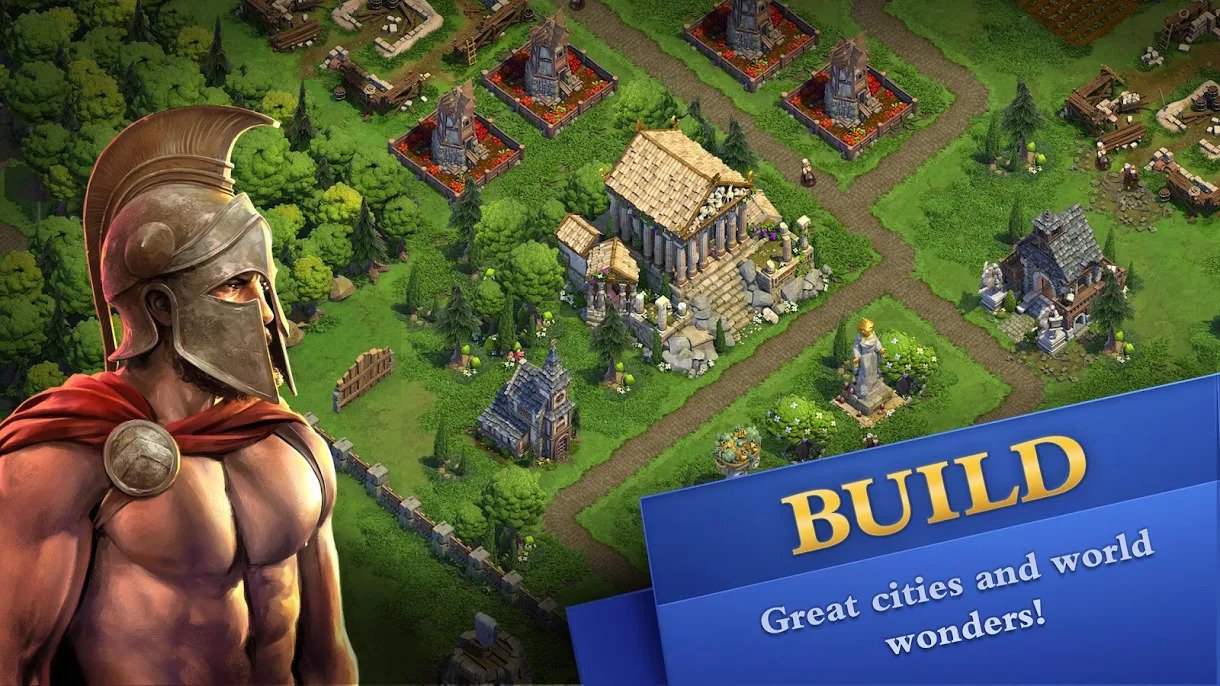 DomiNations is a city and strategy development game for Android and iOS mobile devices. In this game, you have to build an empire with complete troops.

From time to time your enemies will come to attack you and conquer your territory. For this, you will recruit soldiers, build barracks for them and various buildings that will produce weapons, other war mechanisms, and vehicles.

Meaningful features and main tasks of the game: 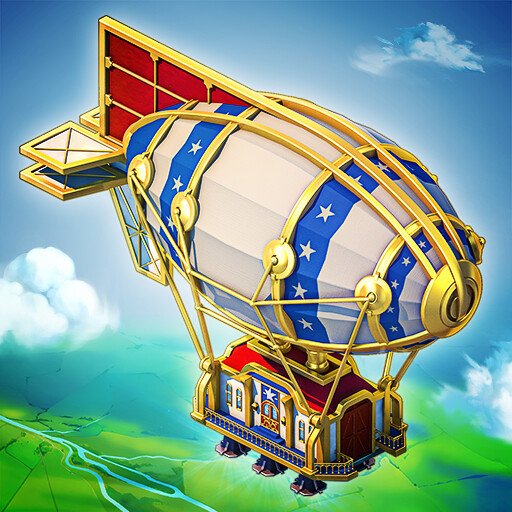 Skytopia – City Tycoon is a city development strategy game and an unusual game where you will build a floating city in the sky. You must learn how to be an economist and a manufacturing expert as well as a good politician to manage a city. Complete quests and tasks expanding the city and get prizes. Produce more goods, you will sell them for money and gold.

There are many citizens in this city and your goal is to make them happy, make the city richer and prosperous. In addition to all the developments in this industry you have to arrange a big celebration to entertain your occupants. Parades, events, shows will make your city a place that brings happiness to people.

One of the main tasks in the game is to develop science and industry. For this, you will be able to invite historically famous people like Nikola Tesla.

The game is free with app purchases for Android and iOS devices. 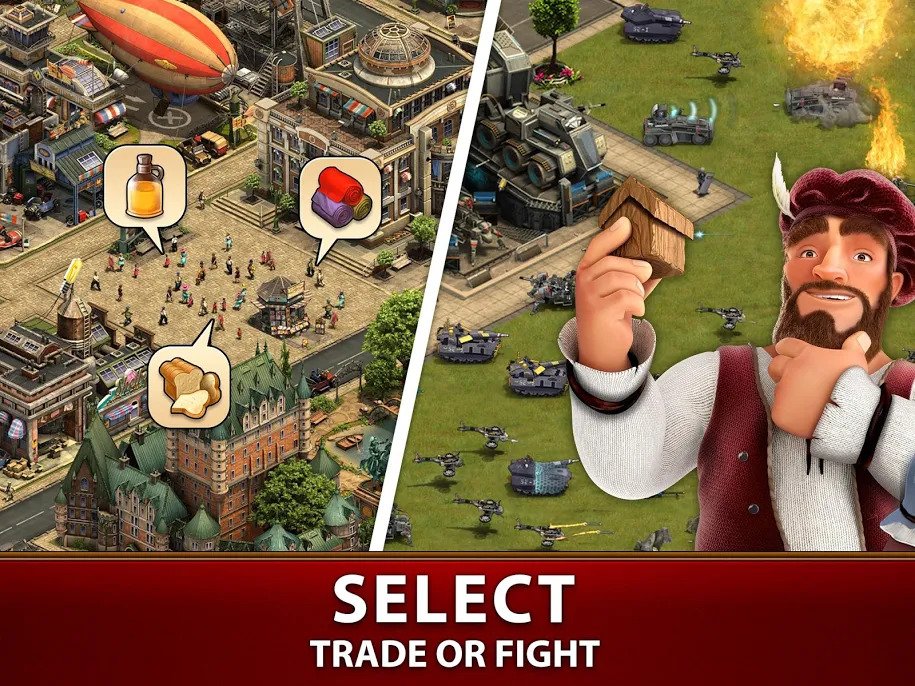 The game was first released on a PC, then a mobile version appeared for Android and iOS-based devices. The uniqueness of this game is that you can observe the evolution of the growth of your city from the Stone Age to the evolution of Industry.

Build an empire and develop into modern times. Starting from a small village on a small plot of land and expanding its size to conquer new territories to reach the royal level.
You must find new goods, produce them, and trade them. You can also exchange items with your neighbors. So overall you must be a Tycoon and a good trader.
This game is addictive with interesting stories, perfect graphics, and good music.

The developer claims this application is completely free but it has been suggested that some features or items can be purchased for real money. 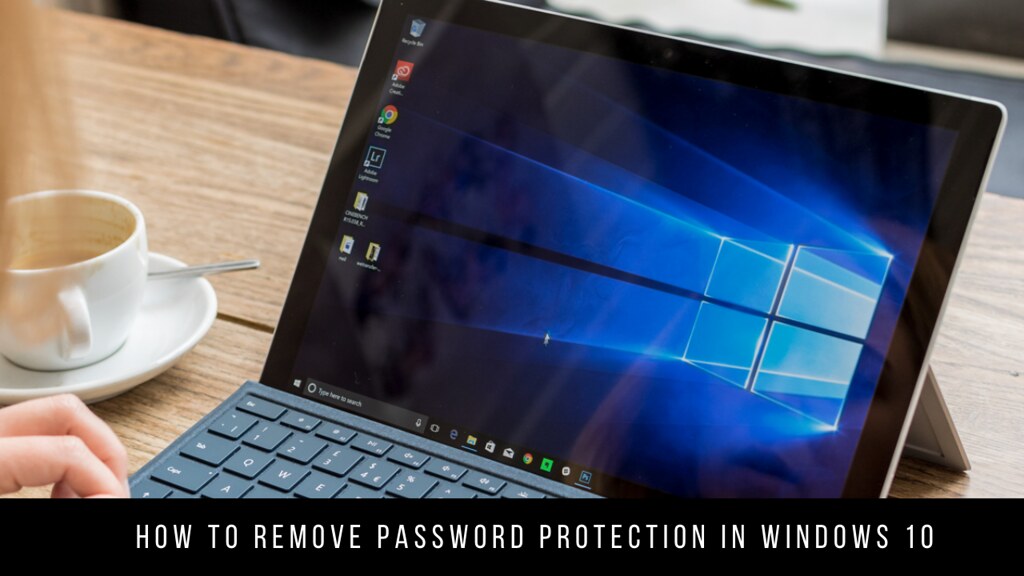 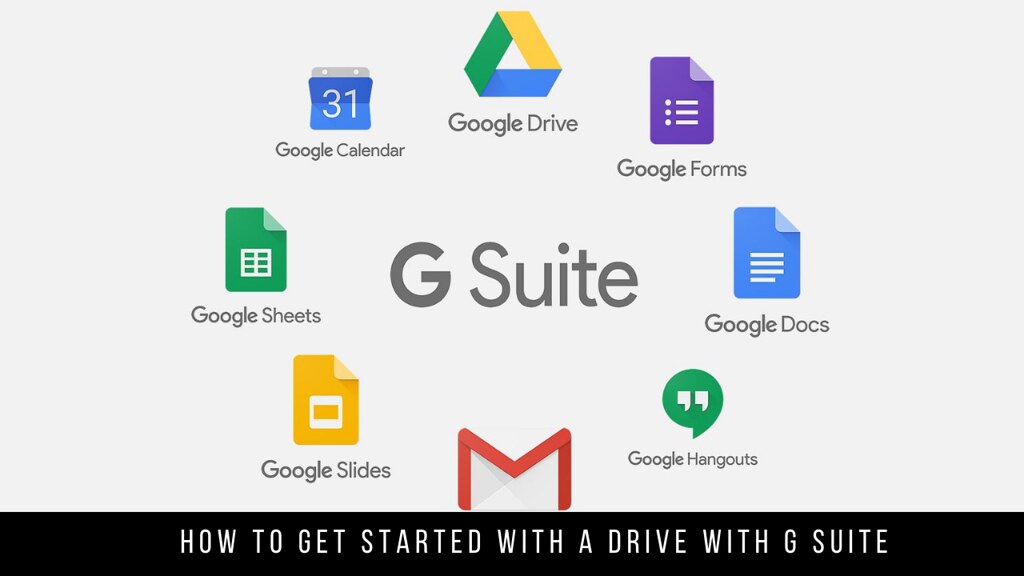 How to get started with a drive with G Suite

7 Of The Best Video Merging Apps For Android & iOS

11 The best writing apps for iPad

5 Of The Best Breathing Apps For Android & iOS

5 Of The Best Crossfit Apps For Android & iOS

How to Update Microsoft Office Apps on Windows 10 and Mac

How to Deactivate the Quick Settings Pull-Down Menu on your Pixel 4...

How to put Apple Watch in vibrate mode