The virus that spreads throughout the world infected hundreds of people, adding to the panic among citizens of various countries. Countries close their borders, stop normal airport work, or kill animals that could potentially cause an epidemic. Scientists are working in a laboratory trying to find a vaccine that must save humans. Moreover, people turn into dangerous zombies. 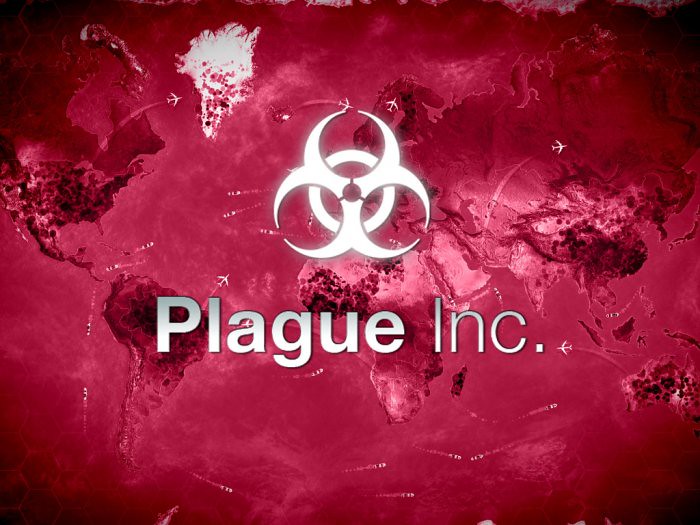 Outbreak is an outrageous and somewhat evil game that you manage to spread a killing virus through all the planets choosing one country that has a higher potential for spreading infection. Here you will feel that you are holding a biological weapon and millions of people will die. Actually speaking this game opens up a very important topic that is becoming more relevant day by day.

Plague is a strategy game with simulated elements. It has amazing graphics close to real images and a user friendly interface. As long as the idea is new to the game world, Plague introduces new players step by step tutorial that teaches what the goals are and how to approach them.

The game offers 12 different virus infections that also require various methods to manage and master. Watching the entire world map of various regions with a virus that tries to spread it throughout the world. Various ways to spread but mostly by transportation such as airplanes and ships.

This game is available for Android and iOS. It offers in-app purchases to simplify the game process.

2. Pandemic: The Board Game 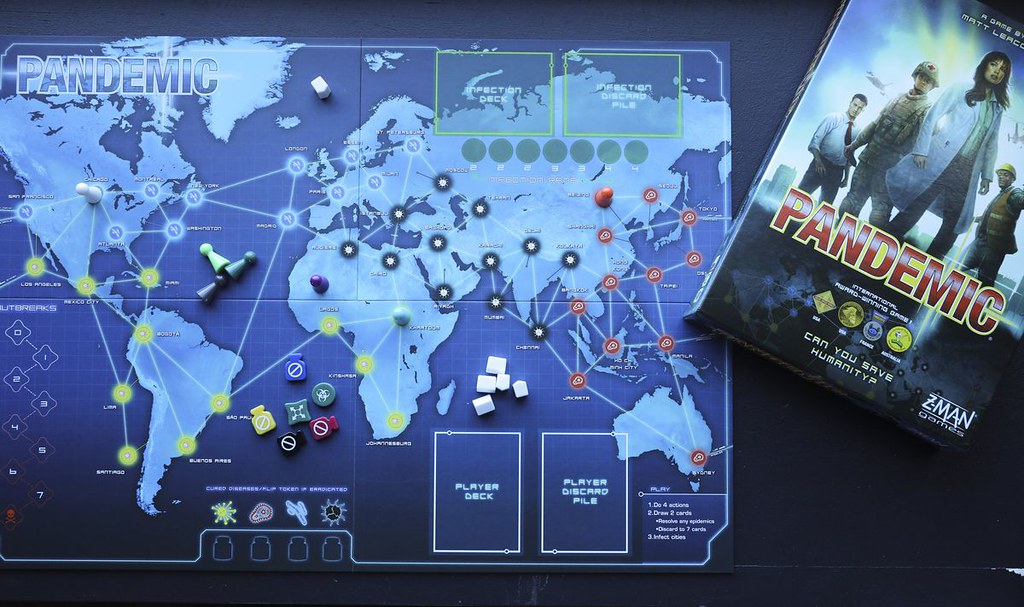 This is the opposite of the previous game scenario. In contrast to the Plague, you must fight against infections that spread rapidly that carry vital diseases. You are not alone in this game. Your team is with you. Working in collaboration can bring positive results very quickly. All teams must work together to fight the virus and stop infection.

The aim is to fight 4 drugs for one infection. For this, you have to travel the world, and find solutions. Your time is limited during epidemics and epidemics can cover the world faster than you find a vaccine.

Pandemic was originally a board game where each team member had one role after another. The operand style and the operation. When there is a change of new players. the cube virus grows and spreads increasingly into a more dangerous epidemic. No doubt, this game supports multi-player with up to 7 roles or cards. You can play alone if you want. 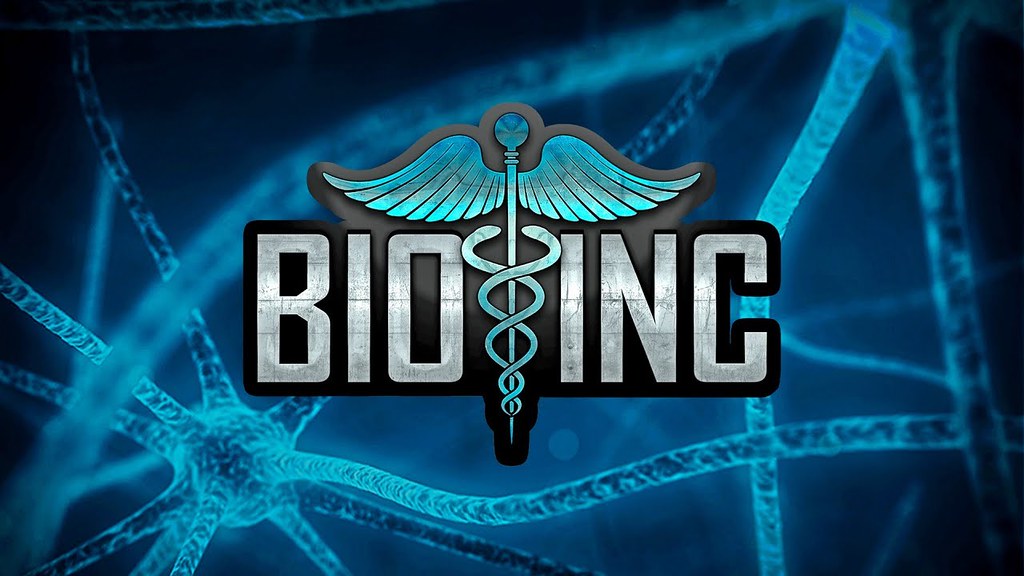 And here we are, another evil strategy game in which your role is to create dangerous deadly diseases caused by resistant viruses. Feel yourself like a scientist in a laboratory who studies new bacteria and their effects on the organism’s system: breathing, muscles, nerves, kidneys, etc.

Bio Inc. is a challenging game that involves you to become a disaster for humans who damage their health by developing diseases and increasing risk factors. All this to direct the patient to a fatal end. There is something sadistic in this game especially with the option to observe changes in the body in real-time due to illness.

We all know the risk factors that always bring negative effects on our health making us more vulnerable to normal diseases. Not to mention dangerous viruses and flu that can spread among highly contagious people. All bad habits cause weak immunity. Smoking, obesity, high cholesterol. You can moderate all of this.

Know that your time is also limited because the doctor is willing to help your victim can appear at any time with healing. Available for Android and iOS. This game has four difficulty levels and 18 stages with different gameplays. 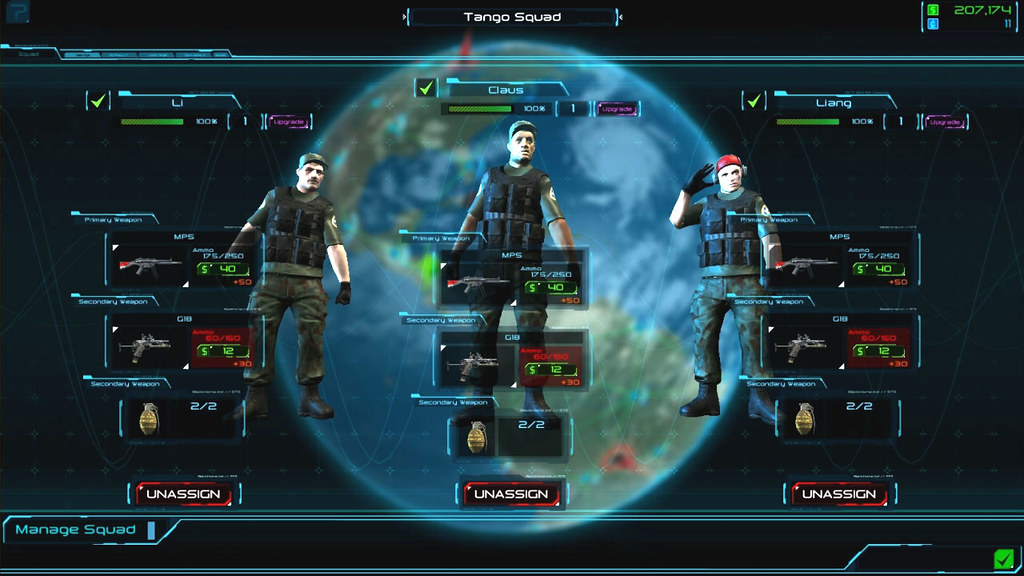 Become a protector and savior of the world in the Global Outbreak game application. This game is an action where having a specific strategy must limit the deadly viruses that cause outbreaks in your city to start infecting other areas. Your goal is quite noble and far from disaster. Mainly because viruses don’t kill people but turn them into zombies.

You will have military forces throughout the world whose purpose is to get rid of the scary virus. There are many military machines under your control: helicopters, towers. Your troops must be sent to the virus center where zombies attack people quickly. Take control of the plague not to let it cover the entire planet.

Turning on GPS allows the game to concentrate on your location and play this place. Train your troops and develop

The game has amazing graphics and interesting gameplay. It has gained high popularity and has been downloaded millions of times. Available on Android and iOS too. 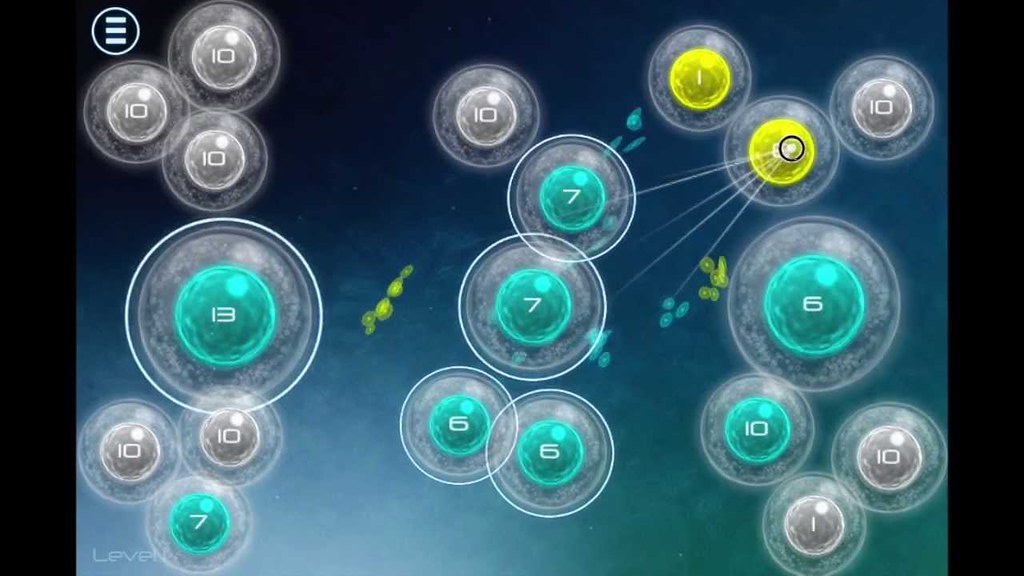 Biotix is an amazing game in the adventure genre. This involves a lot of brain work. The gameplay looks simple. There are cells that should have immunity that look like numbers. And there are cells with viruses, which are infected. While healthy cells try to develop their immunity and resistance to viruses, infected cells have begun to fight against other cells.

Your goal is to infect all the cells around you. It seems like tacit battles are similar to those that take place within human organisms or other living organisms. We live and do not pay attention to the processes that occur in our body with our cells. The processes look like this game but on a small scale.

However, this is a very cognitive game with many levels.

Single and multiplayer games.
Many levels and combinations of improvements.
Four types of host cells: regeneration, defense, speed, normal.
This game is available for Android and iOS. 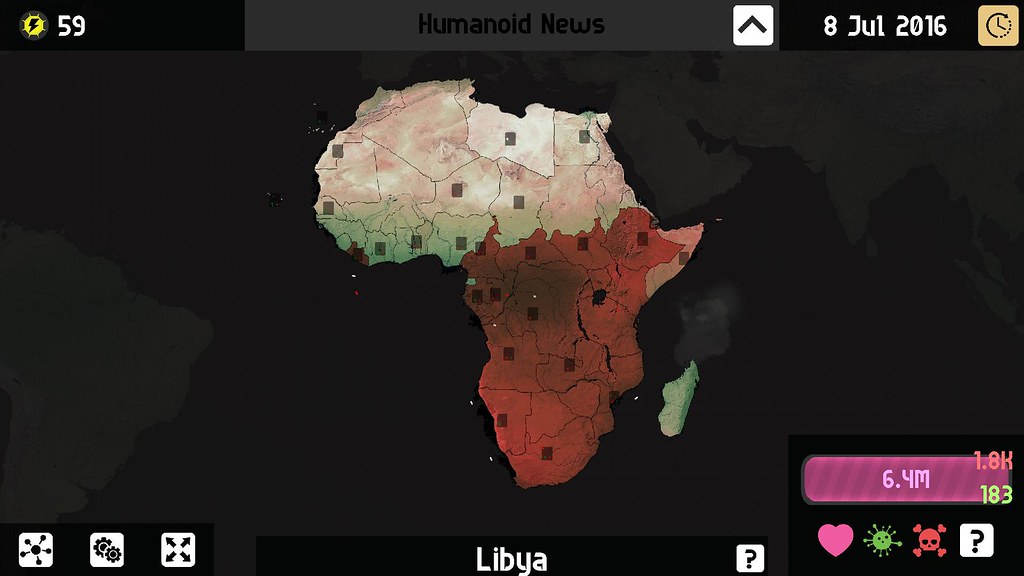 =
We all remember the Sim City game where our goal is to build and develop the city and you have the choice to ruin it too. Throwing bombs, creating earthquakes, hurricanes and other natural or non-natural disasters. Universe Pandemic 2 is a game application that carries the same idea but may be more cruel because here your goal is only to conquer the universe rather than develop and also attack it with various disasters.

The main disaster is a pathogenic virus that you have to spread around the world from one country to another that chooses the first place to crash. Then you can send natural disasters including bombs, asteroids.

This story tells the story of a strong race who was looking for resources and chose a planet for him with intelligent life. Pathogens must help to conquer the planet. However, it’s not as easy as it seems. You should not be detected, pathogens should not be cured or resisted.

This game is available for Android and iOS. Free with in-app purchases. This game is popular and people compare it to Plague Inc. who said that it was very pleasant. 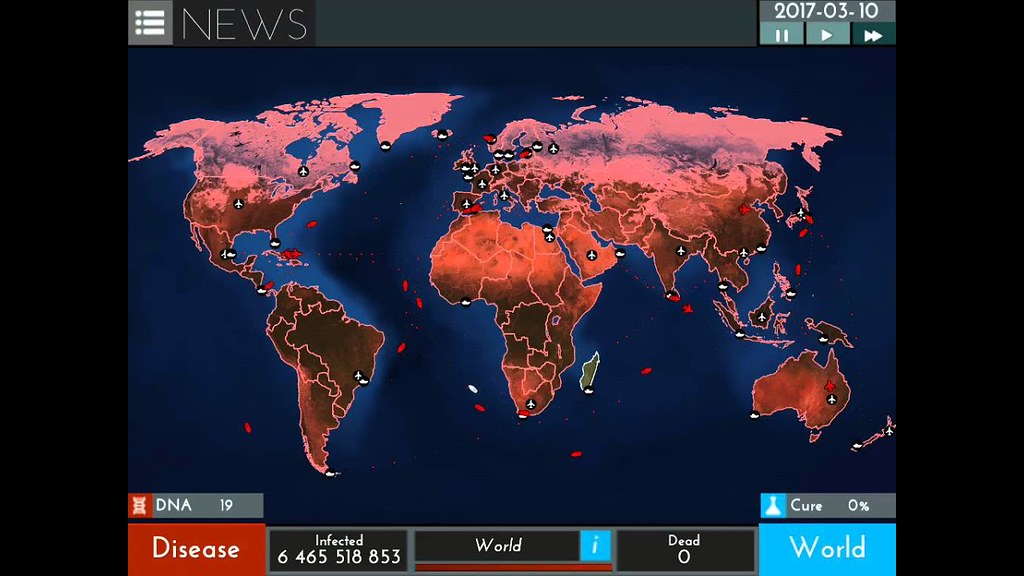 It’s all about developing a virus that will kill as many people as possible. Bio War Infection name that says all about the game. This is a war against people and your goal is to spread everything between them. Imagine you are fighting against an entire planet and your choice is a biological weapon, one of the most indirect and dangerous approaches.

Working on your virus, developing it creates more symptoms and ways to spread it. It is well known how viruses can spread among humans, first through water, then animals, birds, and of course water. Everything is a transmission vehicle and you have the right to choose.

There are several important steps in developing a virus:

Select the country you want to press first.
Developing a disease, regulating the mode of transmission.
Add resistance to the virus to make it stronger and more persistent.
This game is only available for iOS devices.

Meet many types of viral bacteria in the new style of Virosis shooter. This game application runs with a good story where you have to save humans and the planet. Most suitable for children because it is easy to play.

The story tells of a large explosion caused by the collision of two large celestial bodies. What kind of situation can be done for our planet? Of course, a lot of rocks are floating moving towards our planet. One of the asteroids landed on earth and carried a strange virus. The viruses began to spread among people who made them seriously ill. Your task is to fight this virus to find a cure.

The game has many levels, the graphics are colorful and interesting. There is also an interesting soundtrack that contributes to the atmosphere in the game. 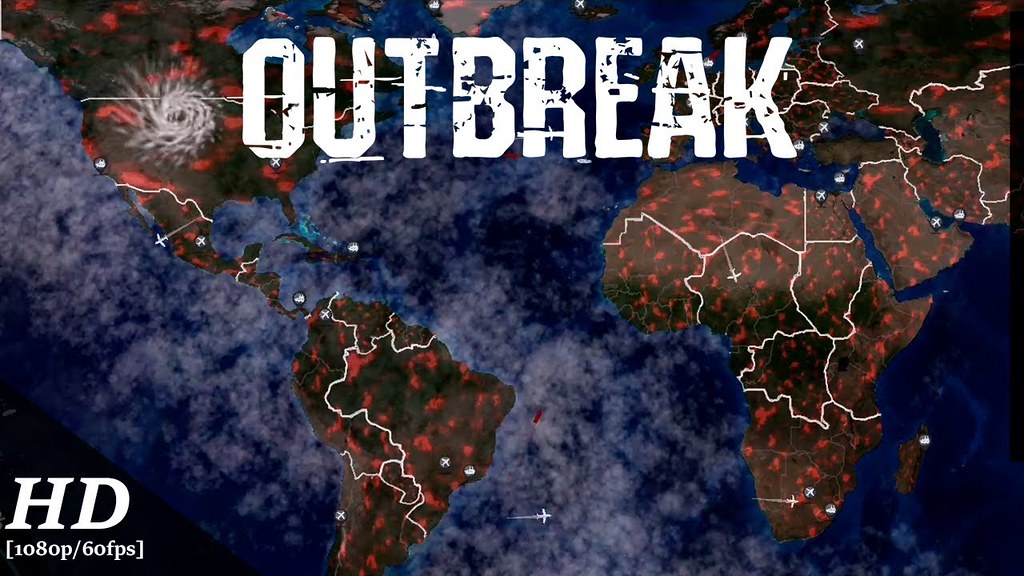 =
Outbreak is a great virus stimulation game that, apart from all the other games, offers two modes to play: you represent a human or a dangerous virus. In both situations, you will see the game from a different perspective.

Choosing a virus that spreads you have many choices but in all cases, your main goal is to infect the world and bring it to a massive global epidemic. You not only have viruses but other bacteria such as pathogens, fungi, zombies, parasites, and many others. You can add various ways of transmission such as personal contacts, animals, birds. Spread the disease through ships and planes and watch how humans try to adapt to develop vaccines. 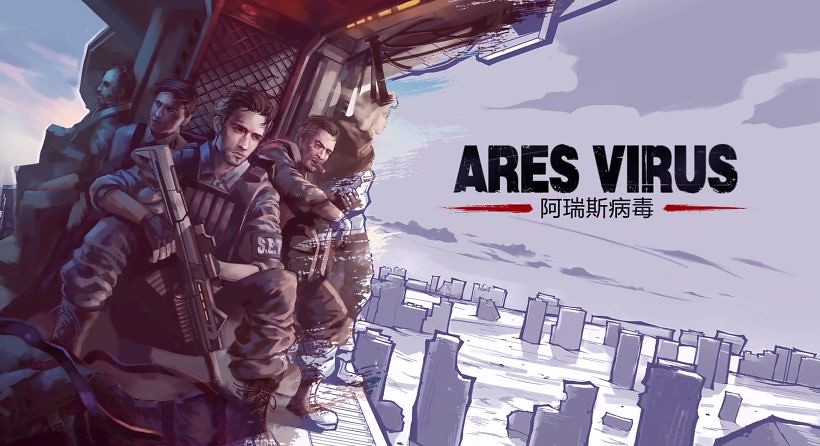 Ares Virus is an action with a small storyline. As in most of the genre’s games, something is out of control and is now spreading among people. It’s a virus called Ares, it turns people into zombies and monsters. You have to fight with zombies and complete quests too.

This game puts players in battle with scary monsters and investors. Aside from normal battles, there are interesting quests that are equipped with stories. For example, to blow up a bridge to stop an army of monsters. The story takes place between battles and looks like a dialogue that adds more flavor to the whole action.

One of his assignments is to collect food and other things that can help you survive. As long as monsters can jump from every angle, it’s dangerous to just move outside.

This game is entertaining and addictive with good graphics. And thus gained very high popularity, maintaining a high level on both platforms. 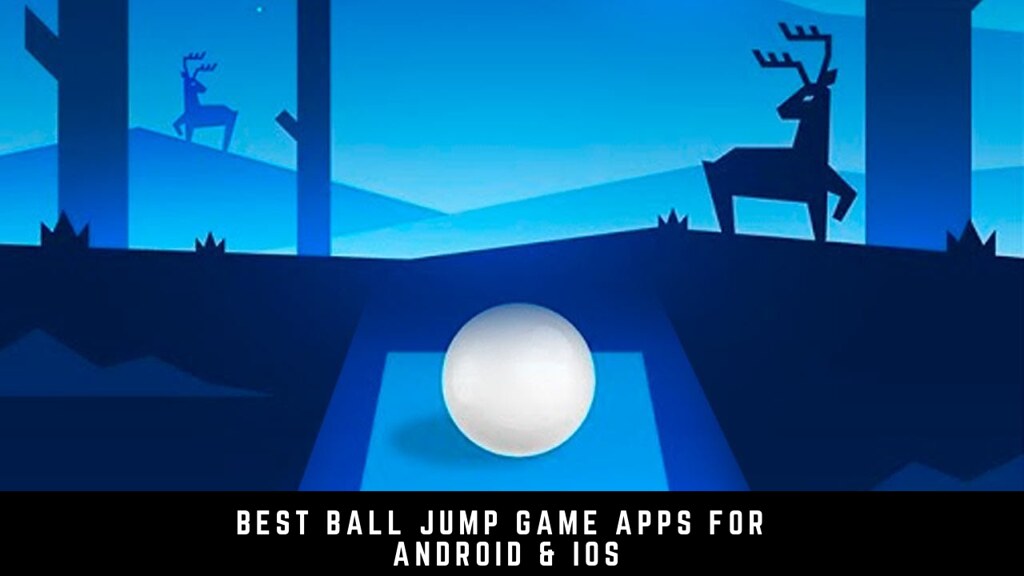 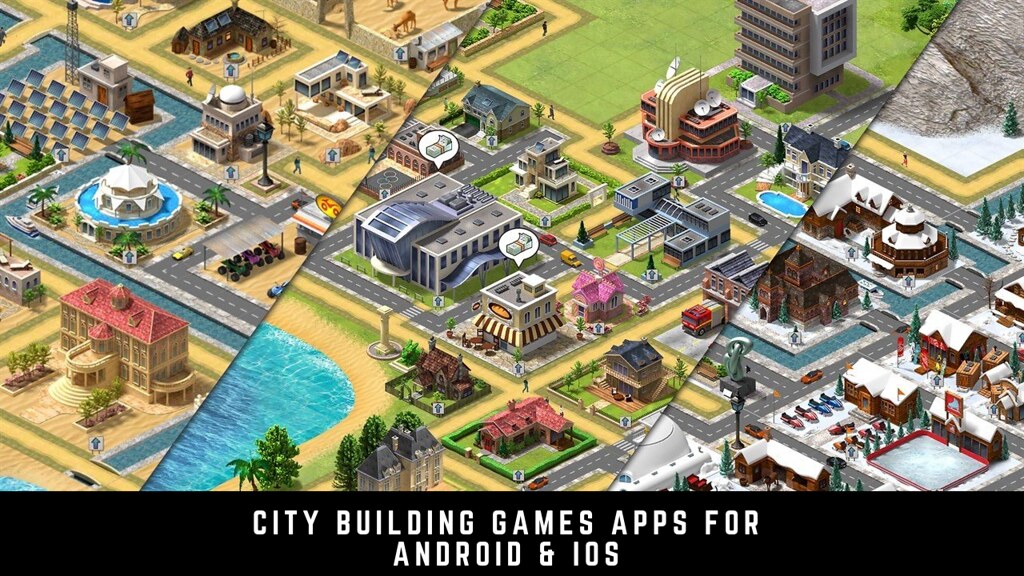